Melbourne scuzz-punk duo Mannequin Death Squad follow the June release of their debut single ‘Sick‘ with an extended video and the announcement of their first UK tour. 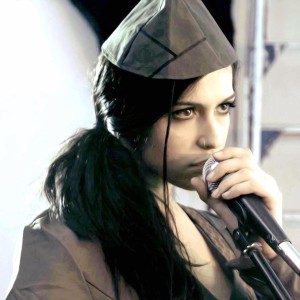 Mannequin Death Squad are one boy and one girl, lost somewhere between The Melvins and Taylor Swift.

Check out the video for ‘Sick’, directed by former Valentiine lens-man Jerome Velinsky, on YouTube.

The zombie-filled video for ‘Sick’ precedes the band’s debut mini-album ‘Eat, Hate, Regurgitate’ which drops on September 9th. Their first UK tour kicks off with a free gig at London’s Old Blue Last the following Monday.

More shows are expected to be confirmed soon.

Meanwhile you can stream the single on Spotify and buy it from iTunes now!