‘I Could Be Blossoming Instead’, the debut album by Danish artist Gurli Octavia, is released by Integrity Records (UK, Ireland, USA) & eighteighteightyeight records (Rest of world) on 29th January 2021 on all digital platfroms and as a double vinyl album with bonus tracks.

It’s a deeply personal record filled with grief and emotion, but also liberation and hope for the future. Most importantly, it shows Gurli Octavia as an independent artist who dares to take the lead and show the world how she feels.

Three EPs, numerous tours in the Nordics and festival slots at the likes of Roskilde and SPOT have shaped Gurli’s heartfelt, acoustic and organic sound but in 2020 she broke new ground with 3 singles from the forthcoming album and, in a word, with ‘liberation’:  Liberation both in the choice of songs on the album and in the production of the songs, but most of all a liberation from other people’s attitudes towards Gurli Octavia as a person and as an artist. 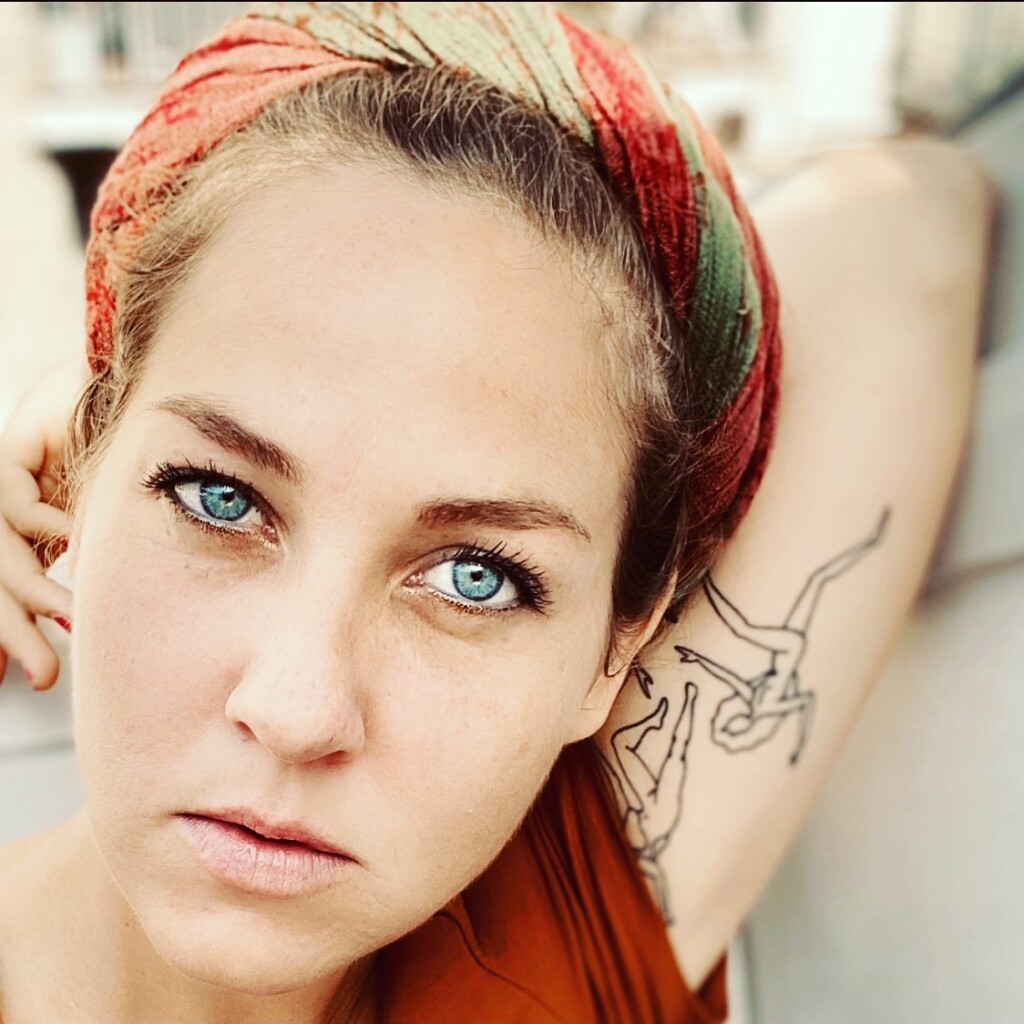 As the basis of the album took shape, the self-proclaimed ‘people-pleaser’ with doubts about the strength of her own songwriting made a decision to take control, a mentality also reflected in the title of the album. ‘I Could Be Blossoming Instead’ is a reference to the feeling Gurli had when life became a little too black and unmanageable, and she just had to hide – sometimes under the duvet but more often in drink and drugs. She explains:

“I would have that ‘I could be fucking flourishing right now, and instead I’m committing the world’s slowest suicide’ kind of feeling. So the title reminds me that I would rather flourish and that it is by and large a choice; a choice that I have the ability and opportunity to make.”

Penned over a challenging 2-year period which included the death of her father, a messy breakup with her long-term boyfriend and a tendency to self-sabotage, the album includes some songs that Gurli can barely remember writing. But her subsequent engagement in the arrangement, recording and production of the songs has helped her understand and process the grief she’s been through.

“It’s not a classic story of using songwriting as therapy. I’ve just written some songs while it all happened and life thundered past. More recently, daring to have faith in myself in music, and also in life, has been wildly therapeutic and resulted in an album that reflects where I am right now, personally and artistically.”

With respected co-producer Jeppe Pilgaard’s pop leanings providing an additional perspective from that side of the glass, ‘I Could Be Blossoming Instead’ is the start of a new, more independent chapter for Gurli Octavia – both musically and emotionally. But make no mistake: the fervour of Gurli Octavia’s songwriting is still intact – it’s just got an extra, liberating layer.

With airplay for the album’s singles on all 3 Danish national radio stations, including a ‘hit tip’ single of the week for recent single ‘X-Ray’ on the biggest of the 3, following over 1.5 million Spotify streams for her earlier EPs, Gurli hopes that 2021 (Covid permitting) will be the year the wider world finally hears her name.

“authenticity and originality shine through strongly” Bands of Tomorrow

Tagged debut album, denmark danish, gurli octavia, i could be blossoming instead

This 3-minute bundle of Northern Soul-infused joy by Tribes Of Europe & Barbara Stretch was released on 27th November 2020 on all streaming platforms and on very limited 7″ dub plate vinyl (via the Tribes of Europe Bandcamp).

The single enjoyed support from the likes of Steve Lamacq on BBC 6 Music and a video premiere on the influential Postcards From The Underground .

‘Everyone With Someone’ is the debut single by Alabama natives Harrison Scarecrow, released world-wide via Integrity Records on 30th October 2020.

Penned by band members Ryan Tomlin and Will McCracken, ‘Everyone With Someone’ hits hard with a tale of broken dreams, an ear-worm chorus to die for, and aching strings recorded at Cypress Moon Studios, the former legendary Muscle Shoals Sound located on the banks of the Tennessee River.

With a debut offering that sets the bar intentionally high, Harrison Scarecrow’s characteristic widescreen indie-noir forms the sonic backdrop for a compellingly poignant account of a failed union and post-breakup need to accept that “not everyone gets to be with someone”.

Growing up in the region, the band were well aware of Muscle Shoals’ rich yet mysterious musical past, having recorded the likes of The Rolling Stones, Paul Simon, Bob Dylan and, more recently, The Black Keys, and had no doubt it was the place to capture both the energy and melancholy of their sound. And, despite the sound engineer being caught up in a road accident mid-way through the recording session, the old studio kept its promise.

Integrity Records · Harrison Scarecrow – Everyone With Someone

Influenced by the likes of Conor Oberst, Springsteen and fellow Alabama native Jason Isbell, Harrison Scarecrow move effortlessly from sparse piano & vocal pieces to full band sounds with a driving rhythm section that could have dropped straight out of a New York indie club. Their debut album is scheduled for the autumn of 2021.

Tagged debut single, everyone with someone, harrison scarecrow, Integrity Records

Like Dana Gavanski duetting with First Aid Kit, ‘One Step’ is the 1st single from Ida’s forthcoming 3rd album (summer 2021), a paean to the innocence of childhood when you know less, when the world seems so much bigger and when your dreams feel truly magical.

“Bewitching acid folk with a deeply personal edge” – Clash Magazine
“Ida Wenøe is equal parts mysterious, brooding & beguiling” – R2 Magazine
“Her voice – weary but cute, with the power to cut through – is perfect” – The Guardian

‘A Day Out of Life’, the second album of chilled electronica by Aware, dropped on 3rd July via our Beat Filter Label imprint.

From the borrowed house beats of ‘Up on the 20th’ and summer feel-good single ‘Come Alive’ to the languid lounge heartbreaker ‘No Belongings’ (an earlier feature on Hed Kandi’s iconic ‘Serve Chilled’ album series) and the Café Mambo sunset terrace favourite ‘Requiem to the Sunset’, the album shows the full range of Aware’s powers.

Listen to the album now on Spotify

And on Apple Music.

Written during some of the band’s lengthy stays in Ibiza, tracks such as ‘Found by the Sea’ and ‘Esperando La Lluvia’ showcase songwriters who appreciate the true soul of the White Isle, not just its glossy exterior. Built around saxophone, Spanish guitar and operatic vocals, ‘Esperando …’ charts the anxious wait for overdue rains shared with locals during a period living at Hostal La Torre in the hills above San Antonio. The piano-led ‘Found by the Sea’ reflects the ethereal land- and seascapes of the island’s magical coves and secret beaches found only with a resident as guide.

A regular name on chill-out compilations for some years, Aware have contributed to sunset collections for the likes of BMG & Warners and the coolest independents, including releases on the legendary Café Del Mar label for whose 20th anniversary celebrations Aware played a full-band live set in Ibiza to a crowd 2000-strong.

Aware are Mark Lane and Tina Morrison.  ‘A Day Out of Life’ is out now.