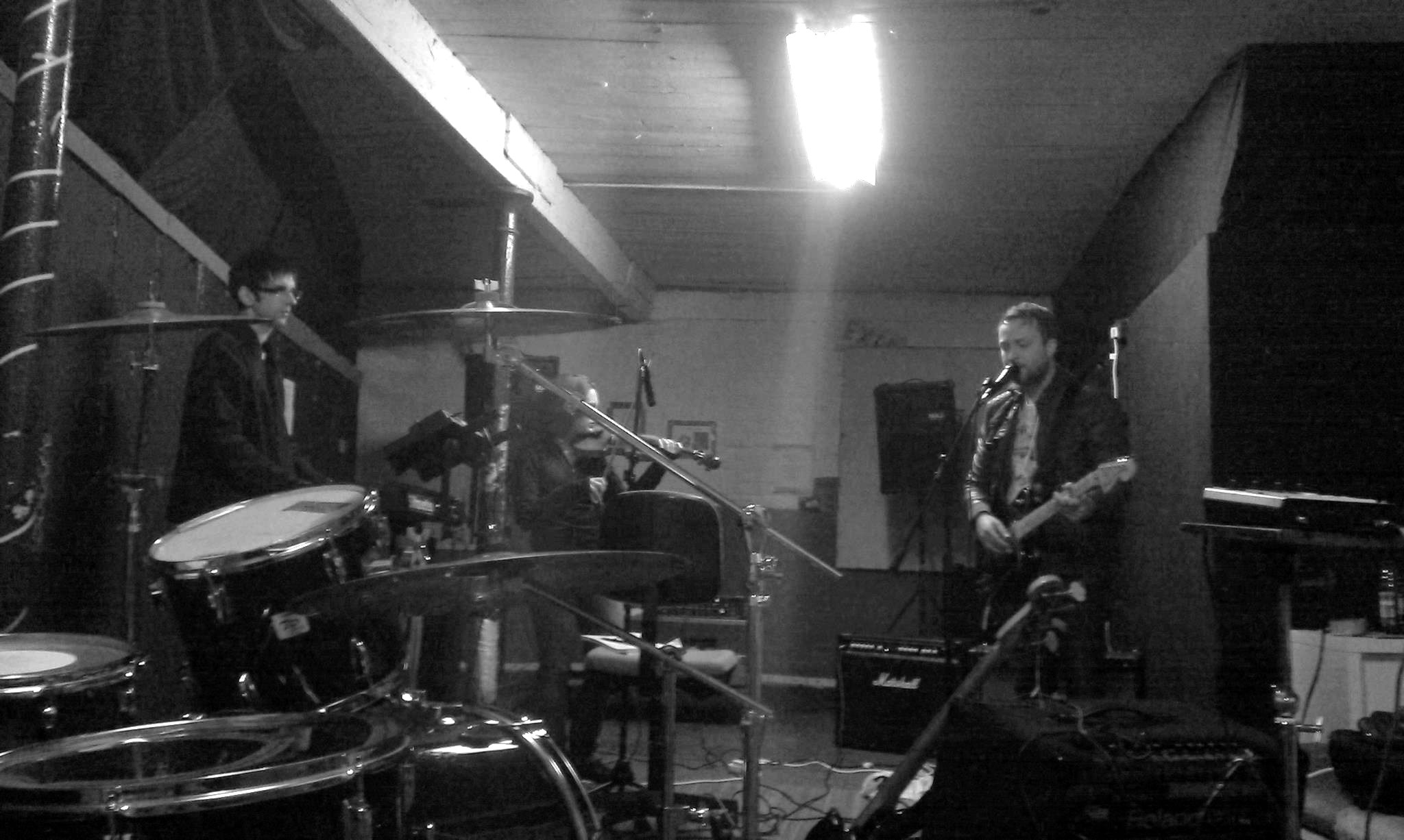 Imagine M83 giving birth to the surrogate child of Radiohead and Sigur Ros.  Wolverhampton’s electronic/indie five-piece Silhouettes’ music is dark and acerbic, yet hopeful and tender.

Silhouettes formed in 2009, honing their complex, emotional sound before releasing two EPs:  Paint Me As You See Me (2010) and Himself.Unknown.Too Late (2012).

Signed to Integrity in late 2013, Silhouettes released Fake DIY Single of the Week “Gold Tag” on 18th November, followed by “Prufrock’s Dream” in May 2014, before unleashing their debut album “Ever Moving Happiness Machines” on 2nd June 2014.

“I think the title ties the album together well. The songs are mostly about the awakening of the self within a society obsessed with the vacuous ends of consumerism. The epiphany leads to a transformation of the self through a pursuit of deeper, more natural truths about happiness.

“The edge of vulnerability in his voice provides a beautiful sense of emotion to the songs.”
MyDadRocks

“Silhouettes do both loud and hard, and soft and emotional extremely well. … This band has more to say than the majority of their contemporaries.”     Birmingham Live

“The obvious comparison is Radiohead, but Wolverhampton’s brilliantly inventive Silhouettes have a lot more in their armoury, blending thumping electronica with mind bending rock-out pieces and falsetto vocals. Not to be missed!”     RipitUp!