Their second album Machineteeth (2013) was recorded live with a full band comprised of members of The Low Anthem and produced by Ben Knox Miller.

Futur Primitif is currently an electric duo, incorporating elements of Velvet Underground era rock, sparse folk, and a fearless approach to the wall of sound. Having performed to rapt audiences from London to Los Angeles, 2011 brought the band to the Bowery Ballroom in NYC, the Great American Music Hall in San Francisco, and the main stage of the End of the Road Festival in Dorset. 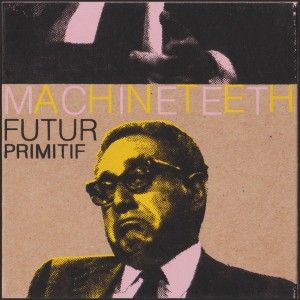 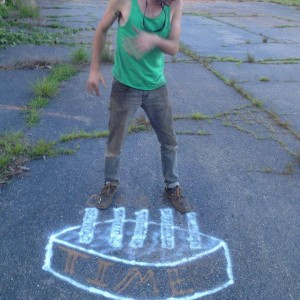 Third UK single was Time, its simple arrangement and haunting melancholy closely mirroring the sound of the band for whom Daniel previously played guitar and wrote celebrated songs such as This God Damn House and Dreams Can Chase You Down.

Machineteeth, the band’s first album for Integrity, received a raft of positive reviews from tastemakers such as Musicosis through to tabloid champion The Sun.

“A majestic album”  A Musical Priority

“Lyrics that chill and sounds that build a euphoric rush”  Musicosis

After a successful UK tour in May (including supporting John Grant at Shepherds Bush Empire) and video sessions for Line of Best Fit, Songs From The Shed and 316 Queens, Futur Primitif returned to these shores to play no less than 3 sets at the End of the Road Festival in Dorset and a headline show at London’s Slaughtered Lamb.

Futur Primitif’s third album, provisionally entitled “Selfie”, has been recorded with members of Arc Iris and is slated for release in 2018.