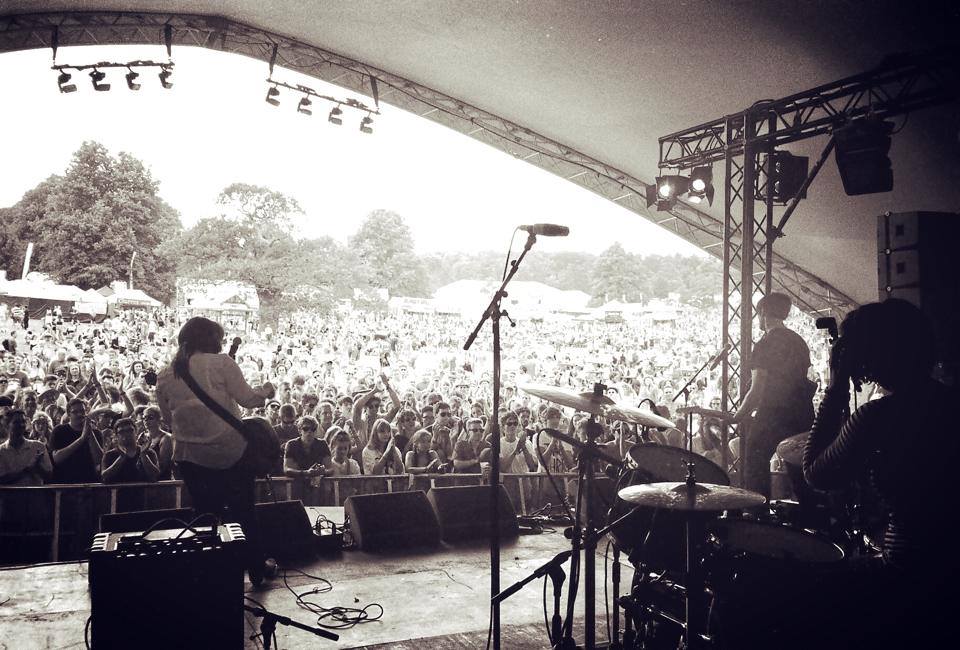 They played a live session for BBC Radio Suffolk on the Friday night and then opened the Lake Stage, for Radio 1‘s Huw Stephens, on Saturday afternoon.

Henry DC Williams shot exclusive footage over the weekend, including some brand new songs like this one …

Horse Party play next on: