Silhouettes unleash new single ‘Prufrock’s Dream’ on 19th May as a precursor to the release of debut album ‘Ever Moving Happiness Machines’ on 2nd June, both via Integrity Records. 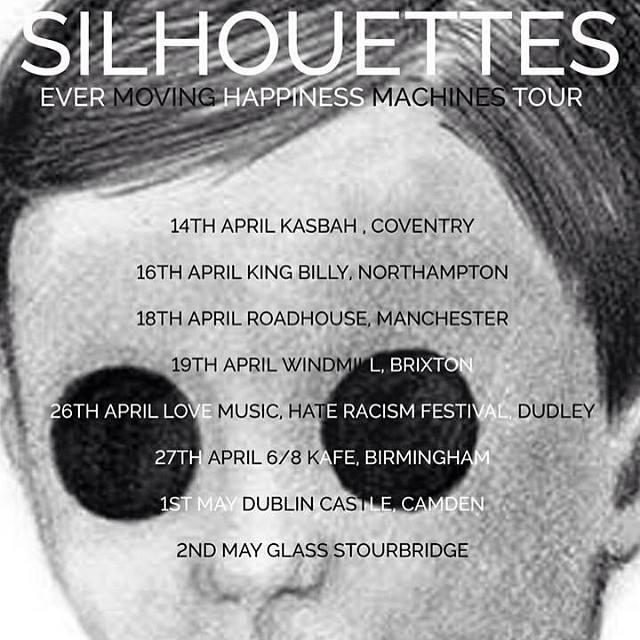 Follow-up to debut single and Fake DIY Record of the Week ‘Gold Tag’, ‘Prufrock’s Dream’ is a modern day sequel to TS Eliot’s poem ‘The Love Song of J Alfred Prufrock’ in which a descendant of Prufrock grapples with his political ineffectuality as a member of the voiceless global herd.

“Thumping electronica with mind bending rock-out pieces and falsetto vocals. Not to be missed!”
RipitUp!

“I think the title ties the album together well. The songs are mostly about the awakening of the self within a society obsessed with the vacuous ends of consumerism. The epiphany leads to a transformation of the self through a pursuit of deeper, more natural truths about happiness.”

Silhouettes’ Ever Moving Happiness Machines Tour calls at the following: