Horse Party’s debut album ‘Cover Your Eyes’ (INT 048) was released digitally on 7th April 2014 and on digipak CD with 16-page colour booklet on 12th May 2014, as the Bury St Edmunds 3-piece have been confirmed as playing the Lake Stage for BBC Introducing at  Latitude Festival.

BUY the digital album from iTunes HERE
… and from Amazon HERE

Tracks from the album have already been played by Steve Lamacq on BBC 6 Music and John Kennedy on XFM, and Q Magazine made ‘Inbetween’ one of its five Tracks of the Week.

The band celebrate the album release with a video for ‘Clarion Call’ directed by Henry D.C. Williams which you can now watch here: Clarion Call – YouTube 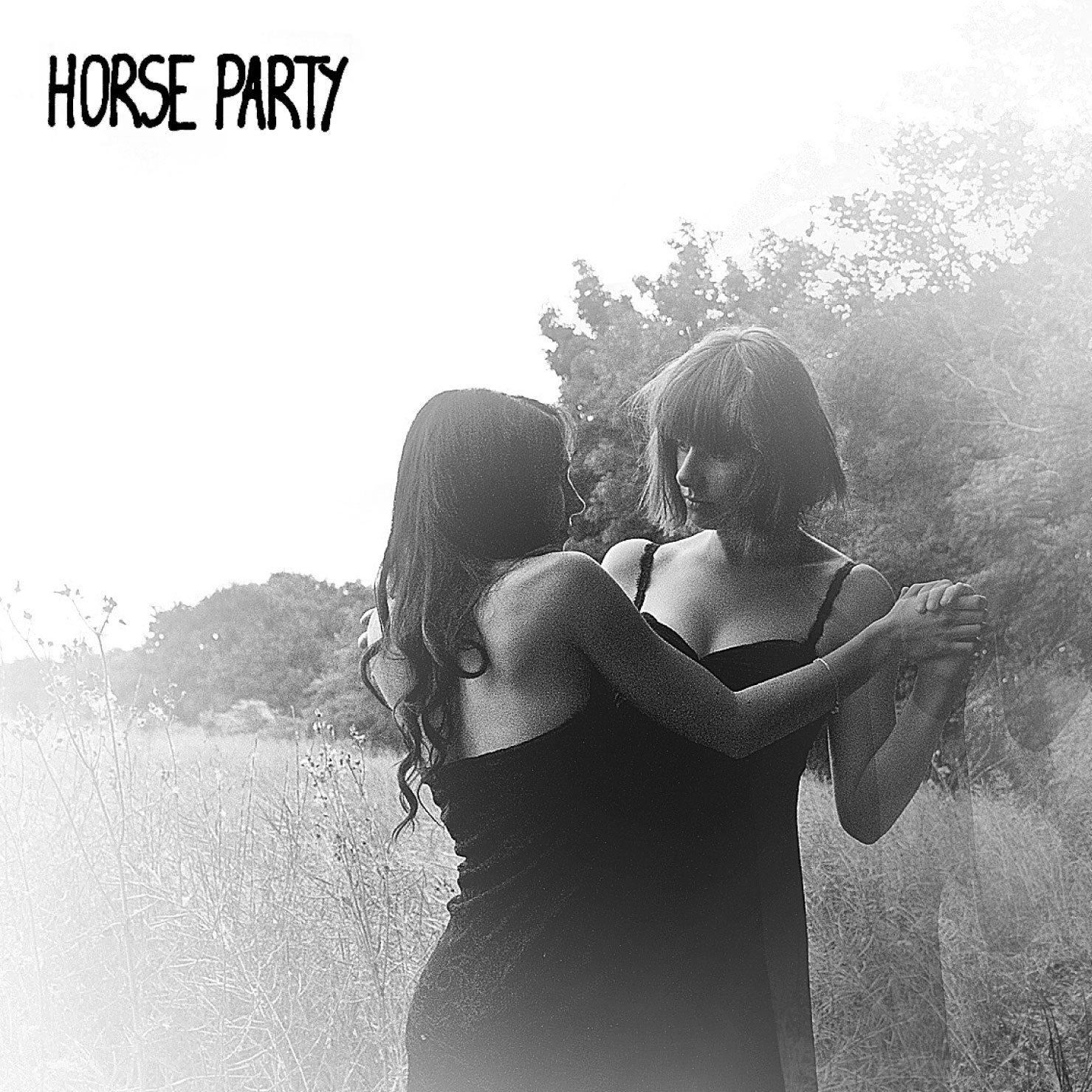 Horse Party got together after a night spent drinking in a church. Ellie Langley, Seymour Quigley and Shannon Hope were united in a love of Bjork, Savages, Daughter and terrible movies.

During 2013 they played 50+ gigs with support slots including Tunng, Pinkunoizu, Shonen Knife, Heartless Bastards, Ghostpoet, The Nightingales, Vuvuvultures and Dingus Khan, and a live broadcast via BBC Introducing from the new John Peel Centre for Creative Arts.

Horse Party signed to Integrity in October. The release of single ‘What Do You Need’ in November (played by Amazing Radio and XFM), rounded off their busy 2013.

“Brilliant … the pale, dead hand of Patti Smith on the tiller and the pop nous of XTC” – Unpeeled

The band grew out of Bury St Edmunds’ thriving music scene. Bury was little more than a sleepy Suffolk town with a Tory constituency until restrictions on live music were lifted in the 90s and touring bands started playing the town. An exciting punk and DIY scene emerged with kids including Ellie, Seymour and Shannon picking up instruments and getting noticed by the nation. Not only did John Peel pronounce it ‘The New Seattle’, but the town came second in Rolling Stone’s culture capital of the year list in 2002. Really.

The scene disintegrated for a few years but its second wave is coming with full force. Along with their own music, Horse Party run a monthly club night called Washing Machine at The Hunter Club, a label to support other Suffolk musicians and a Riot Grrrl-inspired fanzine called ‘Shut The Fuck Up’ which they hand out free at gigs.

In a recent interview with Q Magazine, Seymour said: “we’re running three or four nights a month and I can’t keep up with the number of people wanting to play. We get 15 year-olds talking to us about Devo, Fugazi, Talking Heads and Melvins plus early 90s hip-hop, and referencing those bands in their music.”

Horse Party are a band who have naturally tapped into music’s power to stir a stagnant mentality – as such their upcoming album is a harmony of raw, lo-fi expression and liberating rock-your-cares-away hooks. More than anything else though, Seymour describes Horse Party as “the most fun I’ve ever had with other humans”.