The album is also available on CD with a limited edition of the first 1000 copies in a hand screen printed full-colour cover designed and made by Daniel Lefkowitz himself in his workshop in Asheville, NC.  There’s a video of Daniel making those very sleeves on YouTube here: Time (Lapse)

Coming with a full album lyric sheet, these are now available directly via our mailorder page, and at select independent record shops across the UK. 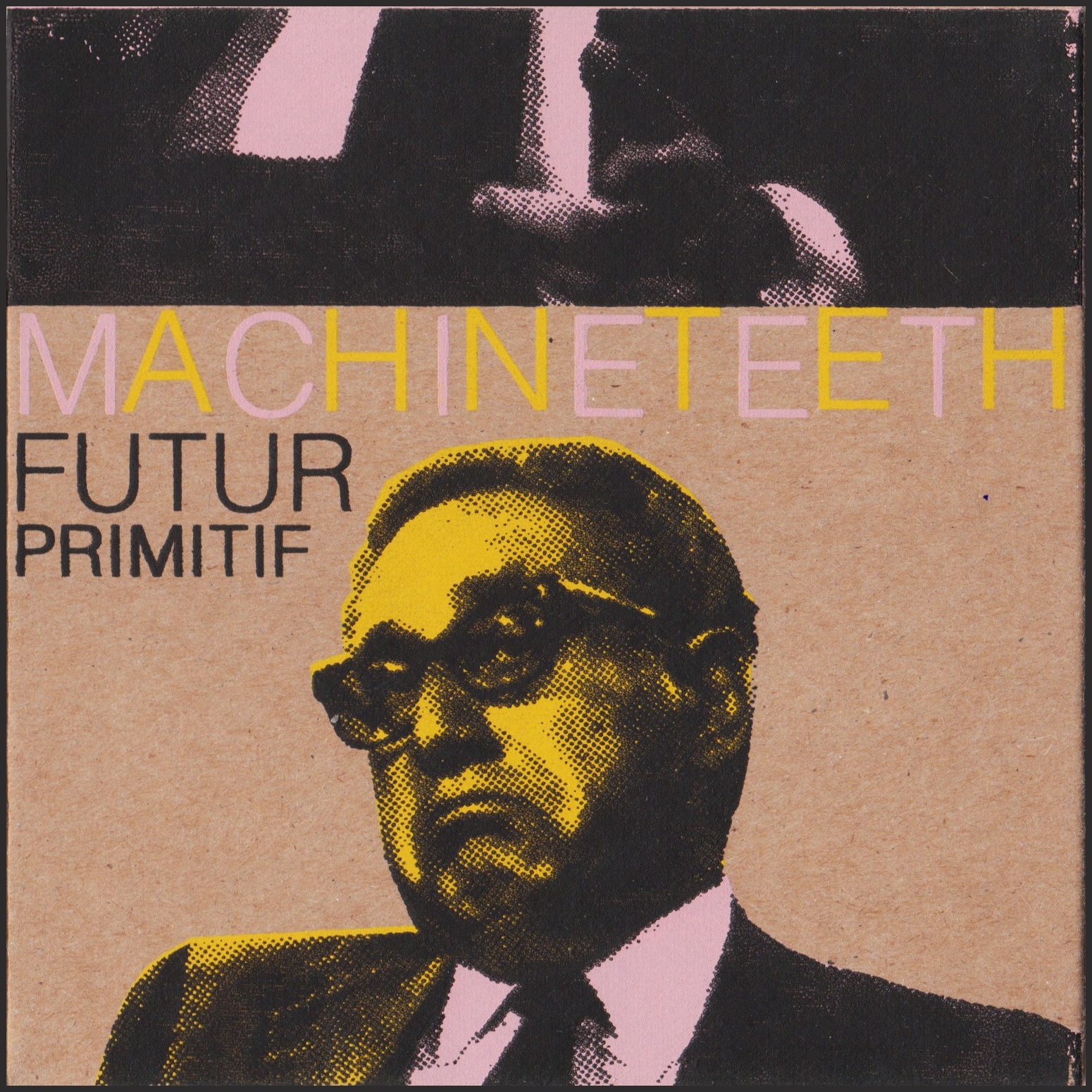 Futur Primitif features the songwriting and vocal talent of Daniel Lefkowitz, former member of American indie-folk darlings The Low Anthem.  Daniel (voice/guitar) is joined in Futur Primitif by Jared Elmore on synths, drum machine and a big mess of cables.

The album Machineteeth was recorded live with a full band made up of members of The Low Anthem in the Columbus Theatre in Providence, Rhode Island, and produced by Ben Knox Miller.  It features singles Digital Space and Nuclear Shockwave which enjoyed support from Steve Lamacq (BBC 6 Music), John Kennedy (XFM) and several DJs on Amazing Radio.

Early reviews of Machineteeth have been extremely positive:

Indie London: “It has a classic American rock vibe reminiscent of Dylan and Mellencamp, dropping some cracking guitar riffs and some strong bluesy numbers en route to its success.”

Penny Black Music:  “an album that is thoughtful and provocative while musically evocative as well.”

Musicosis:  “With lyrics that chill and sounds that build a euphoric rush.”

Daniel plays a solo Futur Primitif show at London Communion on 5th May at Notting Hill Arts Centre and will return to the UK in August for further dates including a show at the End Of The Road Festival.