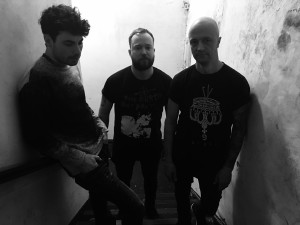 ‘Comeback Kid‘ is the awesome second single by Ghosts of Social Networks.

Out on 14th October, it follows the Manchester 3-piece’s debut ‘Love Potion‘ which received great support from Steve Lamacq on BBC 6 Music and several Triple A stations in the US, and was playlisted at Amazing Radio.

‘Comeback Kid‘ is written in the form of a modern fairy tale, the story of two lovers fleeing from an oppressive regime.

UK dates will be announced soon, including a headline show at Manchester’s Night & Day Cafe on 5th October.